Although many changes and improvements have been made in the area of foundry consumables, sand is the one material that has stayed somewhat constant. After mining and washing, if required, foundry sands are classified into individual or two-mesh groupings and stored. They are combined into normal distributions for shipping to the foundry customer. Although there are many different mine distributions, sand of similar AFS-grain fineness number is supplied in similar distributions. Surface finish is an integral part of casting quality specifications. Rough internal surface finishes on castings can cause the loss of efficiency for both fluids and high velocity gasses. Such is the case for turbocharger and intake manifold components. The University of Northern Iowa has been investigating mold material characteristics that affect surface smoothness for castings. The research was conducted on aluminum castings but has applications and relevance in ferrous alloys that don’t exhibit defects such as penetration or fused sand defects. The study investigates the influence of molding media characteristics such as sand fineness, material type and refractory coating selection. The goal of the project was to accomplish investment casting surface finishes in sand cast parts.

The data shows that the same surface roughness can be achieved with any particle shape at different rates. The spherical and round grain materials improve casting smoothness at an accelerated rate in comparison to angular and sub-angular aggregates.

Contact angle measurements were conducted to measure the relative wettability of the bonded molding aggregates with liquid metal using a liquid gallium test. Ceramic sands had the highest contact angle while zircon and olivine shared a similar lower contact angle. The gallium exhibited hydrophobic behavior on all sand surfaces. A similar AFS-GFN was used for all of the samples. The results indicate the contact angle for the sand types depended heavily on the aggregate grain shape as shown on the secondary axis, rather than base material. The ceramic sands had the roundest shape and olivine sands exhibited a highly angular shape. While surface wettability of the base aggregate may play a role in casting surface finish, the range of contact angle measurements in the test series was subordinate to grain shape.

Surface roughness results were measured using a contact profilometer. There was a significant improvement in surface smoothness from the three-screen 44 GFN silica to the four-screen 67 GFN silica. Changes beyond 67 GFN did not show an impact on surface roughness despite variation in distribution width. The threshold value of 185 RMS is observed.

A large improvement in smoothness can be observed between the 101 and 106 GFN materials. The 106 GFN sand has over 17% more 200 mesh material in the screen distribution. The two-screen 115 and 118 GFN materials resulted in a decrease in smoothness. The 143 GFN sand resulted in similar readings to the 106 GFN zircon. The threshold value is 200 RMS.

A threshold value of 244 RMS can be observed.

The surfaces generated by the 3-D printed sands are significantly rougher than a rammed sand surface using the same aggregate. The samples printed in the XY orientation provided the smoothest test casting surface while those printed in the XZ and YZ orientation resulted in the roughest.

The rammed silica uncoated 83 GFN silica sand resulted in a roughness value of 185 RMS. Although the castings appeared smoother, the refractory coatings increased the surface roughness as measured by the profilometer. The alcohol-based alumina coating exhibited the best performance while the alcohol based zircon coating resulted in the highest roughness. The 83 GFN 3-D printed samples showed the opposite effect. While the uncoated sample printed in the most favorable orientation of XY, the uncoated sample exhibited a casting roughness of 943 RMS. The coatings smoothed the surface substantially from the uncoated surface finish from a low of 339 to a high of 488 RMS. It appears the surface finish of the coated sands is somewhat independent of the roughness of the substrate sand and depends heavily on the formulation of the refractory coating. 3-D printed sand, although starting with a much rougher surface finish, can be improved significantly with the use of refractory coatings.

Currently available molding aggregates have the ability to achieve surface roughness values of less than 200 RMS microinches. These values are slightly within the values associated with investment castings. For the materials tested, each exhibited a decrease in casting roughness with increasing aggregate AFS grain fineness. This was true with all materials up to a threshold value, at which time no further decrease in casting roughness was seen with increasing AFS-GFN. This was supported by previously conducted research.

It was originally believed surface wettability as measured by contact angle between liquid metal and the bonded aggregate was a critical factor in the resulting casting surface finish. While it was shown that contact angle on various materials at similar AFS-GFN was not proportional to the casting roughness, it was confirmed that grain shape was a major factor. The absence of a relationship between contact angle and casting surface roughness might be explained by the fact that grain shape was seen as a major influence in surface roughness. There is a significant possibility that the contact angle of various materials was affected more by the grain shape and resulting surface smoothness than that of the wettability of the material alone.

As with all measuring instruments, artifacts of the test method may influence the results to some degree. The increase in casting roughness, although visually the castings looked smoother with the application of refractory coating, may be due to the shape of the peaks and valleys created with the coatings. By definition and measurement, the refractory coatings only increased the surface roughness over non-coated samples. All of the refractory coatings were very successful in improving the surface roughness of the 3-D printed sands. It appeared that the surface finish of the test castings from coated samples was somewhat independent of the starting substrate sand. The coatings had a major effect on the surface finish but further work is required to revise the coatings to improve casting finishes.

This article is based on paper 17-094 that was presented at the 2017 Metalcasting Congress.

STAINLESS STEEL CASTING: EVERYTHING YOU NEED TO KNOW 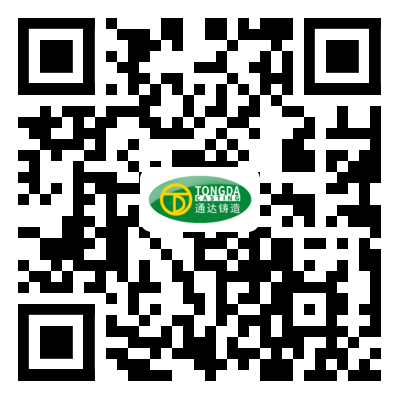